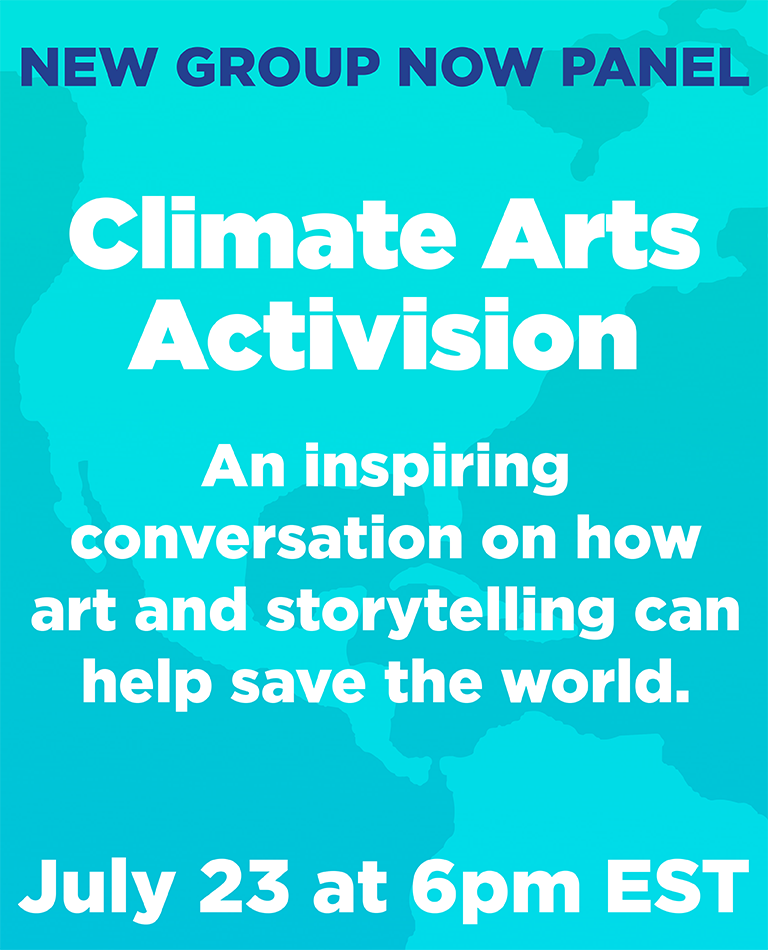 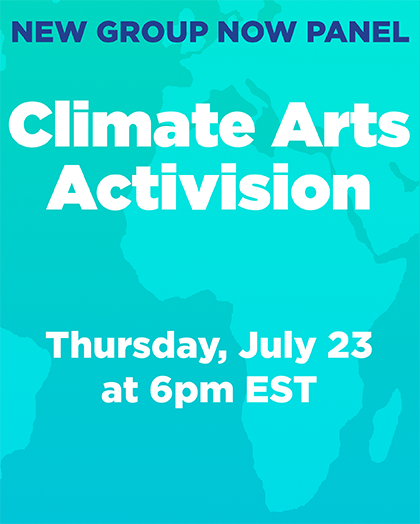 We’re living through a time of immense disruption as we wake up en masse to the suffering and wreckage of our petro-industrial society. Questions like: “what have we done?” and “can we fix this before it’s too late?” are on the minds of many, especially the truth-tellers and meaning-makers of our culture – the artists. Art, theater, film and storytelling offer clear reflections of where we are, how we got here, and a range of possible visions for where we might go. Choosing a better future is something we all have to do together, and engaged artist-activists like the women on this panel are showing the way.

ABOUT THE MODERATOR
Nancy Giles is an Emmy-winning contributor to “CBS News Sunday Morning,” and tries to be witty on various political panels on MSNBC. She’s acted in films and on TV and was recently Off-Broadway in The New Group’s Good For Otto by David Rabe. She’s also written and performed solo shows and is working on a collection of essays and true stories. Her podcast “The Giles Files” is on the Apple Podcast app, Google Play, and Stitcher. Be cool and subscribe!

ABOUT THE PANELISTS
Chantal Bilodeau is a playwright and the Artistic Director of The Arctic Cycle, an organization that uses theatre to foster conversation about our global climate crisis, create an empowering vision of the future and encourage people to take action. She is writing a series of plays that look at the social and environmental changes taking place in the eight Arctic states and was recently named one of “8 Trailblazers Who Are Changing the Climate Conversation” by Audubon Magazine.

Lydia Fort is a theatre director and educator and has directed over thirty productions across the US. An assistant professor at Emory University, Lydia teaches courses in directing, acting, African American drama and Eco-theatre; and also serves as the director of the Playwriting Center of Theater Emory. Ms. Fort currently serves on the Executive Board of the Stage Directors and Choreographers Union (SDC), and is the Southeast Region Rep. She was a Drama League Fellow and a Theatre Communications Group (TCG) New Generations Future Leader grantee. Ms. Fort holds a BA from New York University and received both a Certificate in Arts Management for the Performing Arts and a MFA in Directing from the University of Washington.

Mary Kathryn Nagle is an enrolled citizen of the Cherokee Nation. She is also a partner at Pipestem Law, P.C., where she works to protect tribal sovereignty and the inherent right of Indian Nations to protect their women and children from domestic violence and sexual assault. From 2015 to 2019, she served as the first Executive Director of the Yale Indigenous Performing Arts Program. Nagle is an alum of the 2013 Public Theater Emerging Writers Program. She studied environmental law at Tulane Law School, and has worked on several cases involving the Clean Air Act, Clean Water Act, and other environmental law statutes.

Cheryl Slean is a playwright, filmmaker and climate activist with a diverse academic background in physics, literature and sustainability. She’s taught creative writing and filmmaking at several universities and started a video production company specializing in narrative strategies for educational media. She co-founded the grassroots collective Vision LA Climate Action Arts to produce a multidisciplinary arts festival concurrent with the U.N. Paris Accords. She currently works with the NRDC as Creative Director of Rewrite the Future, a climate storytelling in entertainment initiative.