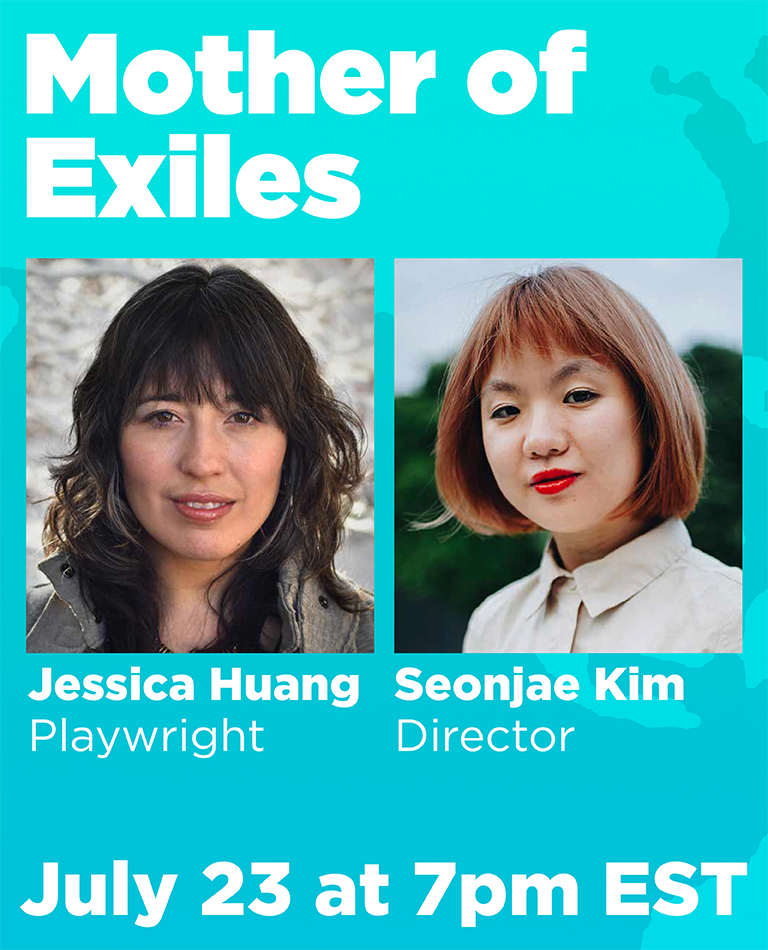 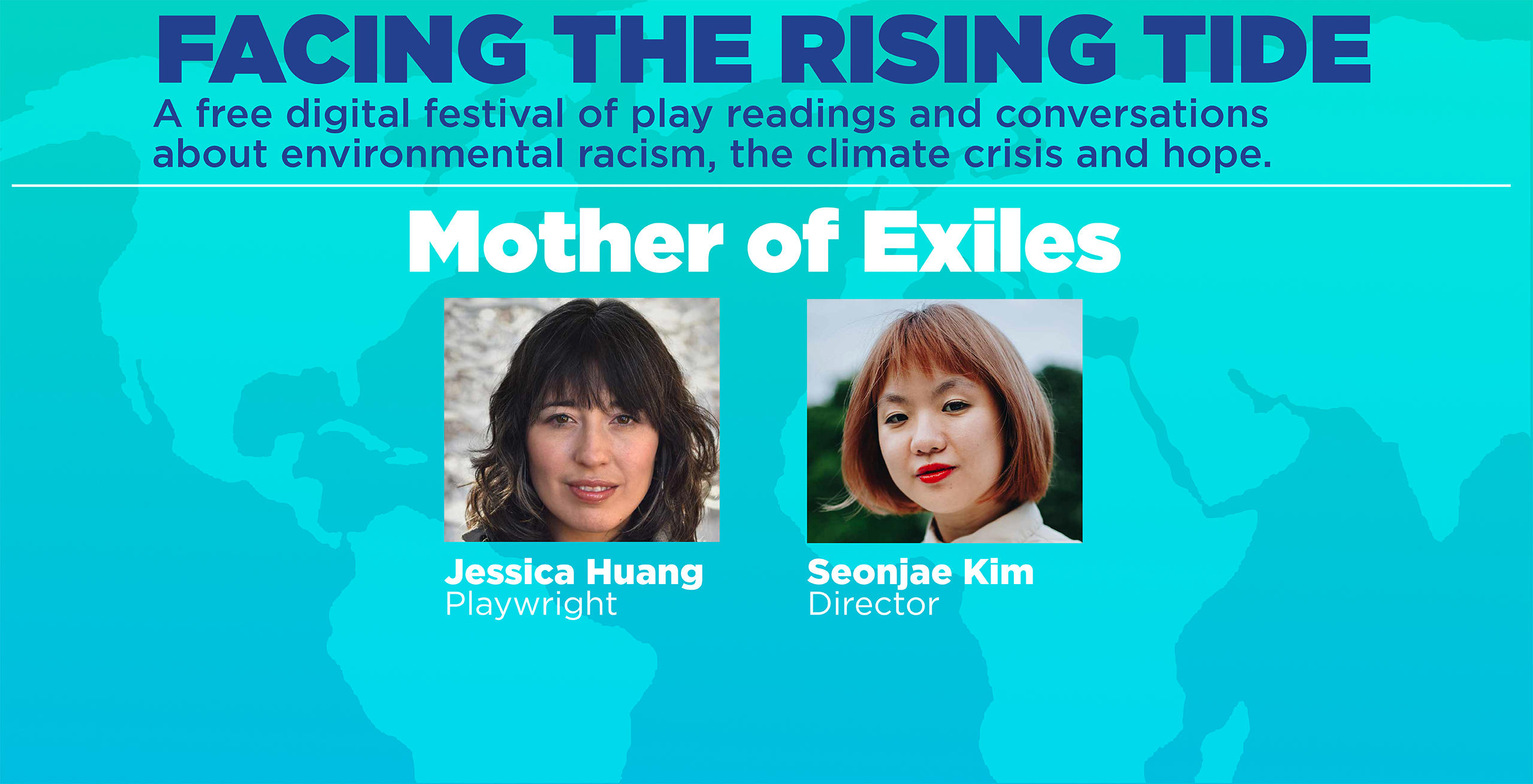 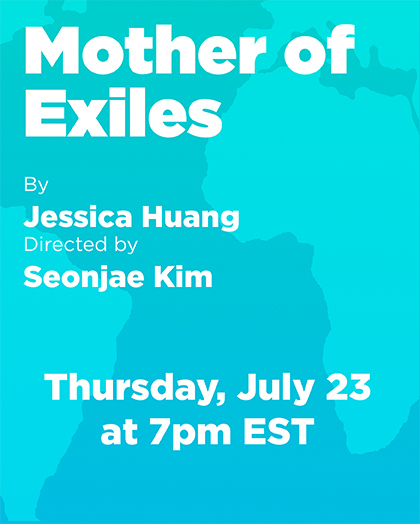 ABOUT THE PLAY
Mother of Exiles follows the Loi family’s journey through America across 200 years—as they are ushered along by the spirits of their ancestors. In 1898 California, a pregnant Eddie Loi faces deportation. In 1998 Miami, her grandson Braulio accidentally summons her spirit while patrolling the border. In 2098 somewhere on the ocean, their descendants try to survive.

ABOUT THE PLAYWRIGHT
Jessica Huang is a playwright based in New York, from Minnesota. She is the inaugural recipient of the 4 Seasons Residency; the 2019 resident playwright at Chance Theater; a 2018 MacDowell Fellow; and a three-time Playwrights’ Center Fellow. Her work includes The Paper Dreams of Harry Chin (2018 Barry and Bernice Stavis Award, 2017 Kilroy’s List), Mother of Exiles, Transmissions in Advance of the Second Great Dying, and Purple Cloud. She has commissions with Manhattan Theatre Club, TimeLine Theatre Company, Audible, Theater Masters, History Theatre, and Theater Mu. Her work has been seen or read at New York Stage and Film, The New Group, Atlantic Theater Company, Berkeley Repertory Theatre, The Old Globe, Indiana Repertory Theatre, Mixed Blood Theatre, The Consortium of Asian American Theaters and Artists, The Saint Paul Chamber Orchestra, The Minnesota Museum of American Art, Yellow Earth Theatre and more. She has received awards from the Sloan Foundation, the Jerome Foundation and the Minnesota State Arts Board. Jessica co-founded and co-directs Other Tiger Productions, a theatrical production company with a mission to pursue multidisciplinary collaborations, intentional inclusivity and a re-examination of traditional theater practices. She has been a member of the Civilians R&D Group, Page 73’s Interstate 73 and Ars Nova Play Group. She attends the Playwrights Program at Juilliard.

ABOUT THE DIRECTOR
Seonjae Kim is a NYC based director and writer from Seoul, South Korea who received her BA at Northwestern University. She is the creator and director of Riot Antigone, an original Riot Grrrl musical adaptation of Sophocles’ tragedy that premiered at La MaMa Experimental Theatre Club in 2017. It will be published in a Routledge anthology of Greek adaptations as well as be released as an independent record later this year.  Her work has been seen at Princeton University, Atlantic Theatre Company, Joe’s Pub, Playwrights’ Realm, The Bushwick Starr, Dixon Place, Williamstown, PEN/World Voices Festival, Rattlestick Theatre Company, Theatre Mu, The New Ohio, Bryn Mawr College and University of the Arts among other places. She is the Associate director of the Broadway bound musical KPOP.