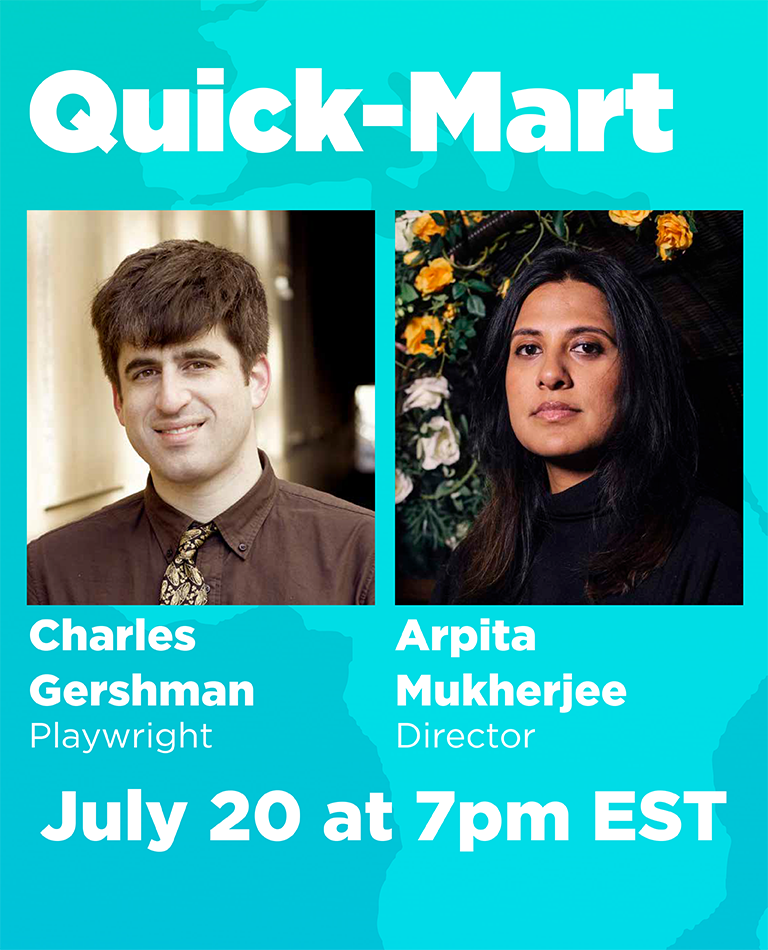 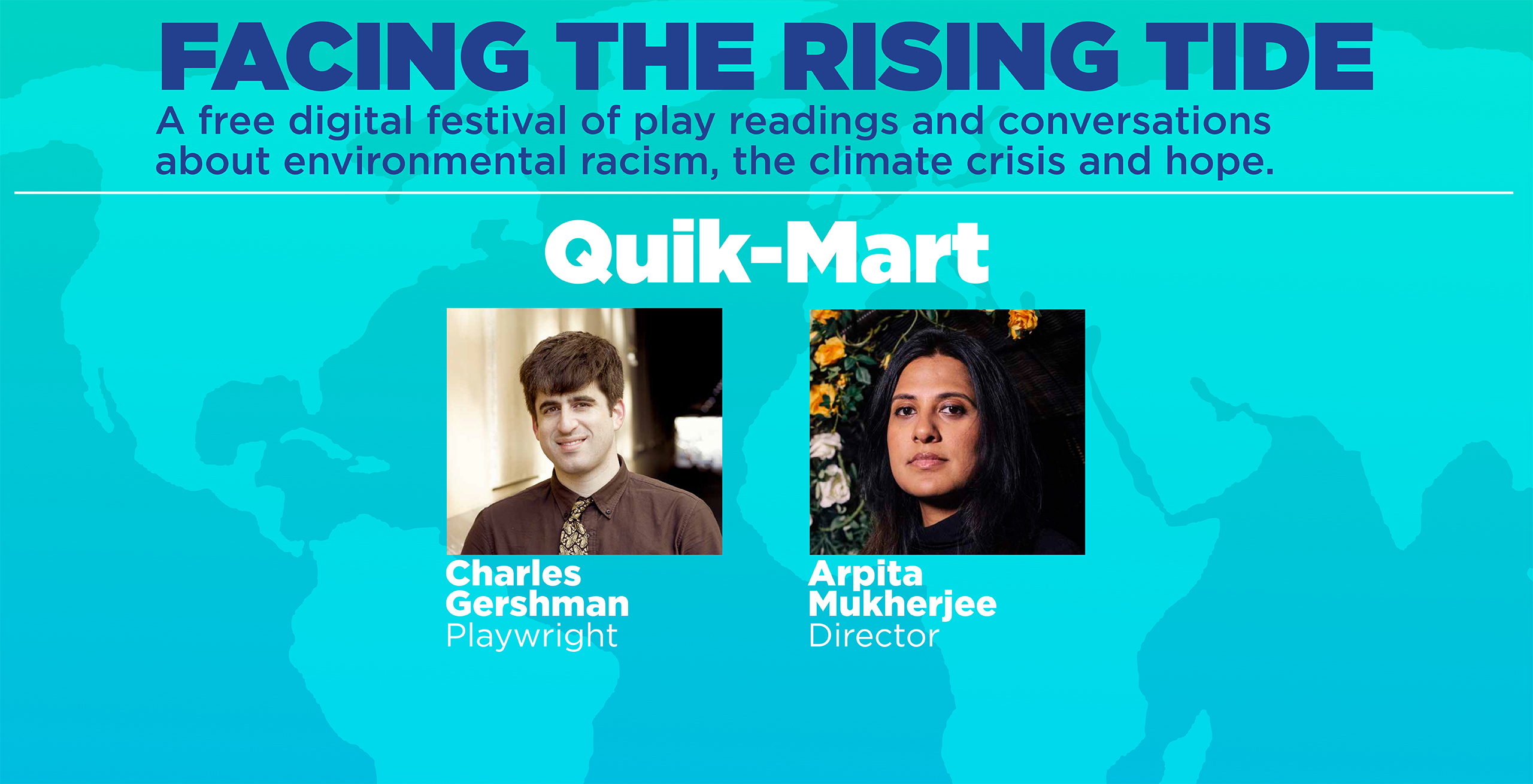 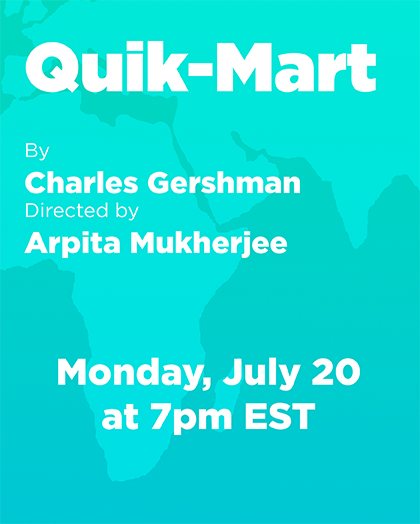 Watch the recording of this reading and post-reading discussion until Thursday, July 23 at 11:59pm EST. Click here to watch.

ABOUT THE PLAY
Climate refugee Abdullah and his wife and son operate a bodega in New York City in the future. When a refugee from a different land tries to buy out his shop, a strange negotiation erupts as the realities of a changing planet bear down on a new kind of immigrant.

ABOUT THE PLAYWRIGHT
Charles Gershman is a Midwest-bred queer playwright/screenwriter. He is a Dramatists Guild Foundation Playwriting Fellow, a 2019 Chesley/Bumbalo Playwriting Award winner, and a 2019 Relentless Award Semifinalist. His award-winning play The Waiting Game premiered at 59E59 Theaters in 2019. His play Free & Proud recently had an acclaimed run in the UK (Edinburgh Fringe, London’s Theatre503), where it was nominated for the Amnesty International Freedom of Expression Award and the SIT-Up Award and called ‘One of 10 must-see queer shows in town’ (Evening Standard). His plays are published by Oberon Books. charlesgershman.com

ABOUT THE DIRECTOR
Arpita Mukherjee (she/her/hers) is the Artistic Director and co-founder of Congressional Award winning Hypokrit Theatre Company and the Festival Chair for Tamasha for South Asian performing artists. Her recent directing credits include House of Joy by Madhuri Shekar (San Diego Rep), Jump by Charly Evon Simpson, Maya by Cheeyang Ng and Eric Sorrels (Pace University New Musical Lab), Anon(ymous) by Naomi Iizuka (Iowa State University), One Way by Ben Bonnema and Christopher Staskel (NAMT), The Golden Threshold by Cheeyang Ng and Eric Sorrels (Live & In Color), Strange Men by Will Snider (PlayPenn 2019), Citizen Scientist by CQ (Barrington Stage Company Playworks Weekend), Vietgone by Qui Nguyen (reading Song Collective), Sense and the City by Kaela Mei-Shing Garvin (4 Flights Up Festival), Reclaiming Our Time: A Concert (MTF at Joe’s Pub), Eh Dah? Questions For My Father by Aya Aziz (Next Door @NYTW), and Elements of Change by Divya Mangwani (Rattlestick Playwrights Theater, UNICEF). Arpita has developed work at WP Theater, the Public Theater, and Ma-Yi Theatre amongst others. She is a 2019 SDC Denham Fellow and 2019-2020 Sokoloff Creative Arts Fellow. She is a 2018 – 2020 Womens Project Lab Member and a 2018 Eugene O’ Neill National Directing Fellow. She is an alumni of the Lincoln Center Directors Lab. Arpita was selected as a 2019 Mabou Mines Resident Artist, a 2019-2020 LMCC Governors Island Artist-in-Residence, and the 2019 Iowa State University Artist-in-Residence. Arpita is currently the book writer for Monsoon Wedding musical and is developing several film and TV projects in India and USA.