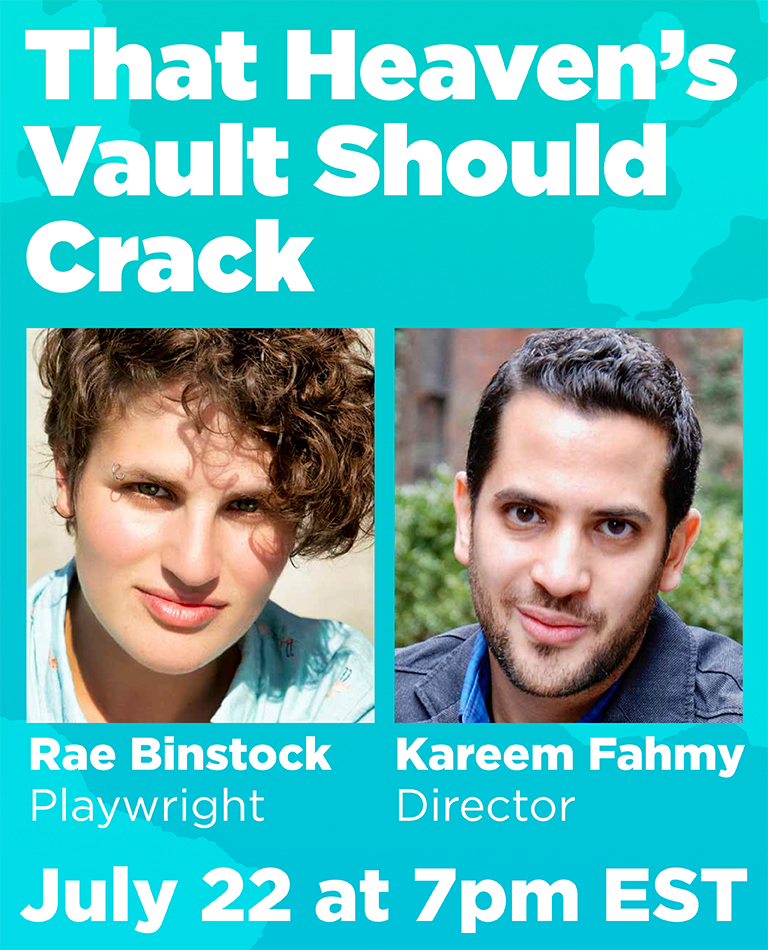 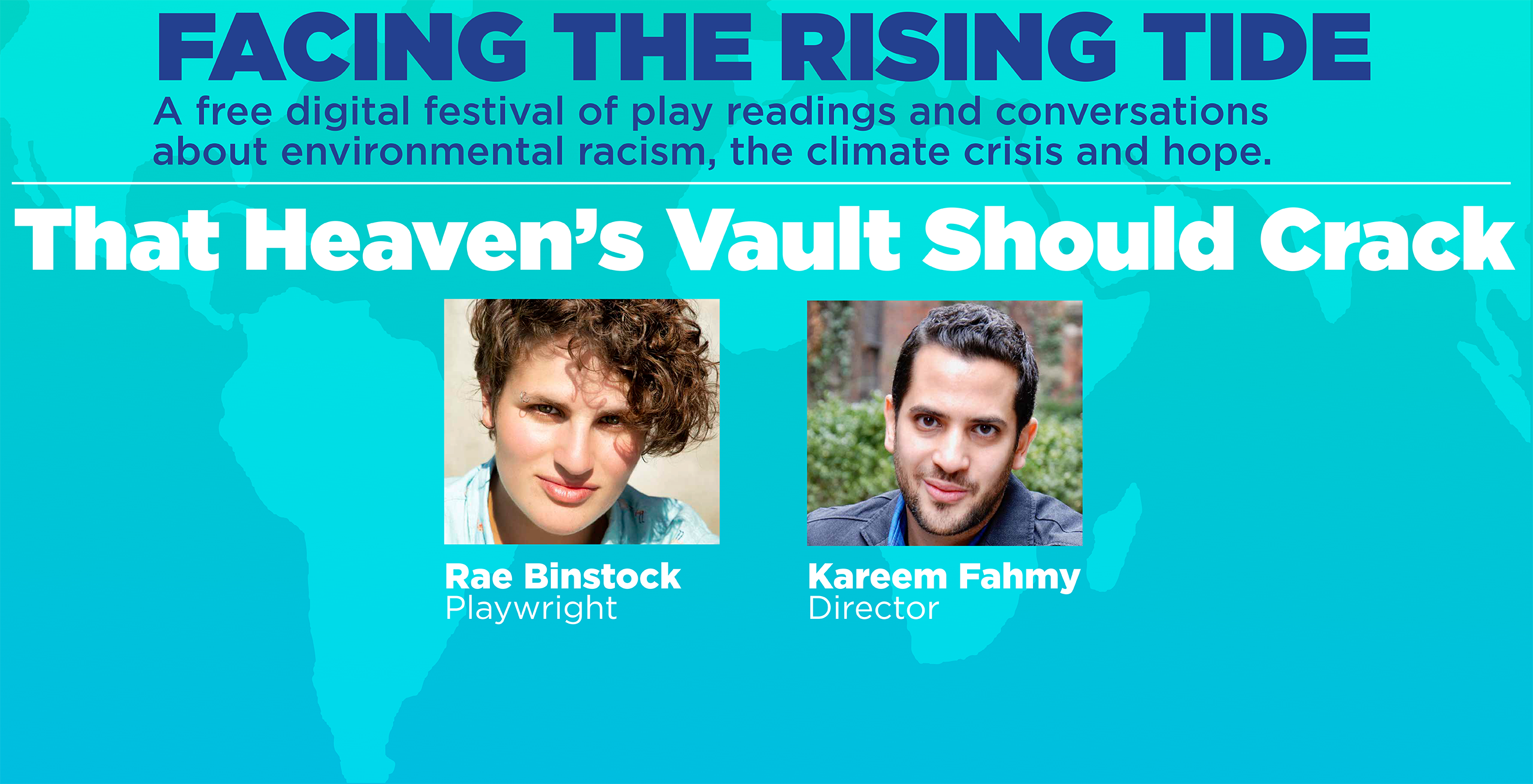 That Heaven’s Vault Should Crack 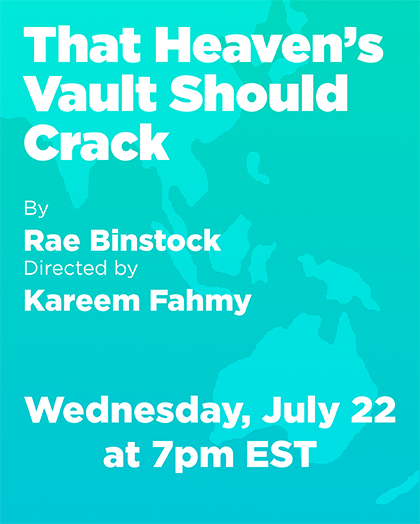 Watch the recording of this reading and post-reading discussion until Saturday, July 25 at 11:59pm EST. Click here to watch.

ABOUT THE PLAY
What would you do if you were called to radical action to stave off devastation? This set of stimulating short plays imagines what it would be like for people like us to throw our lives into upheaval, as Noah before the flood – and what it’s like for the One who calls.

ABOUT THE PLAYWRIGHT
Rae Binstock grew up in Cambridge, MA. She earned her B.A. from Columbia University, where she was mentored by David Henry Hwang and Ellen McLaughlin. Her plays include land of no mercy, That Heaven’s Vault Should Crack, and We Are The Light of the World, and have been produced and developed at venues such as the T. Schreiber Studio, the New Group, the Lark Development Center, Landing Theatre Company, the Samuel French Off-Off Broadway Festival, Salt Lake Acting Company, The Hearth Theater, The Fresh Fruit Festival, and Stella Adler’s Playwrights Division.

Rae is a Dramatists Guild Fellow, a Rita Goldberg Playwrights Workshop Fellow at the Lark, Emerging Artist Fellow in Dramatic Writing at the Lighthouse Writers Workshop, and a 2019 NYSCA/NYFA Artist Fellow in Playwriting/Screenwriting from The New York Foundation for the Arts. She has been awarded residencies by Art OMI, the Wassaic Project, the Kimmel Harding Nelson Center, the Helene Wurlitzer Foundation of New Mexico, PLAYA Summer Lake, and Writers at Dairy Hollow; she is also a contributing writer at Slate.com, a Princess Grace Award finalist, and an O’Neill Conference and SPACE at Ryder Farm semifinalist. Rae served as the Writers’ Assistant on both FX Networks’ FOSSE/VERDON and Apple TV’s upcoming comedy Schmigadoon. She lives in Brooklyn, NY, with her cat, Black Cat. (Allison Schwartz, Paradigm Talent Agency; raebinstock.com)